hello from an empty theatre. two. 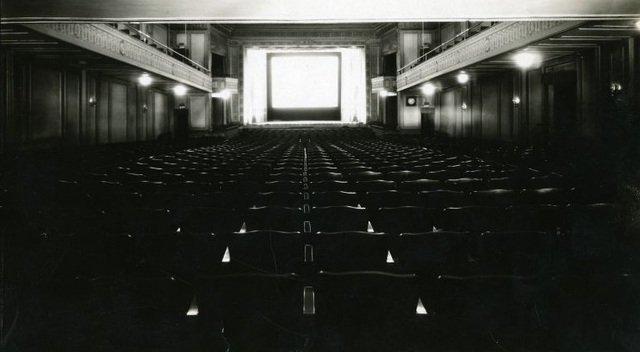 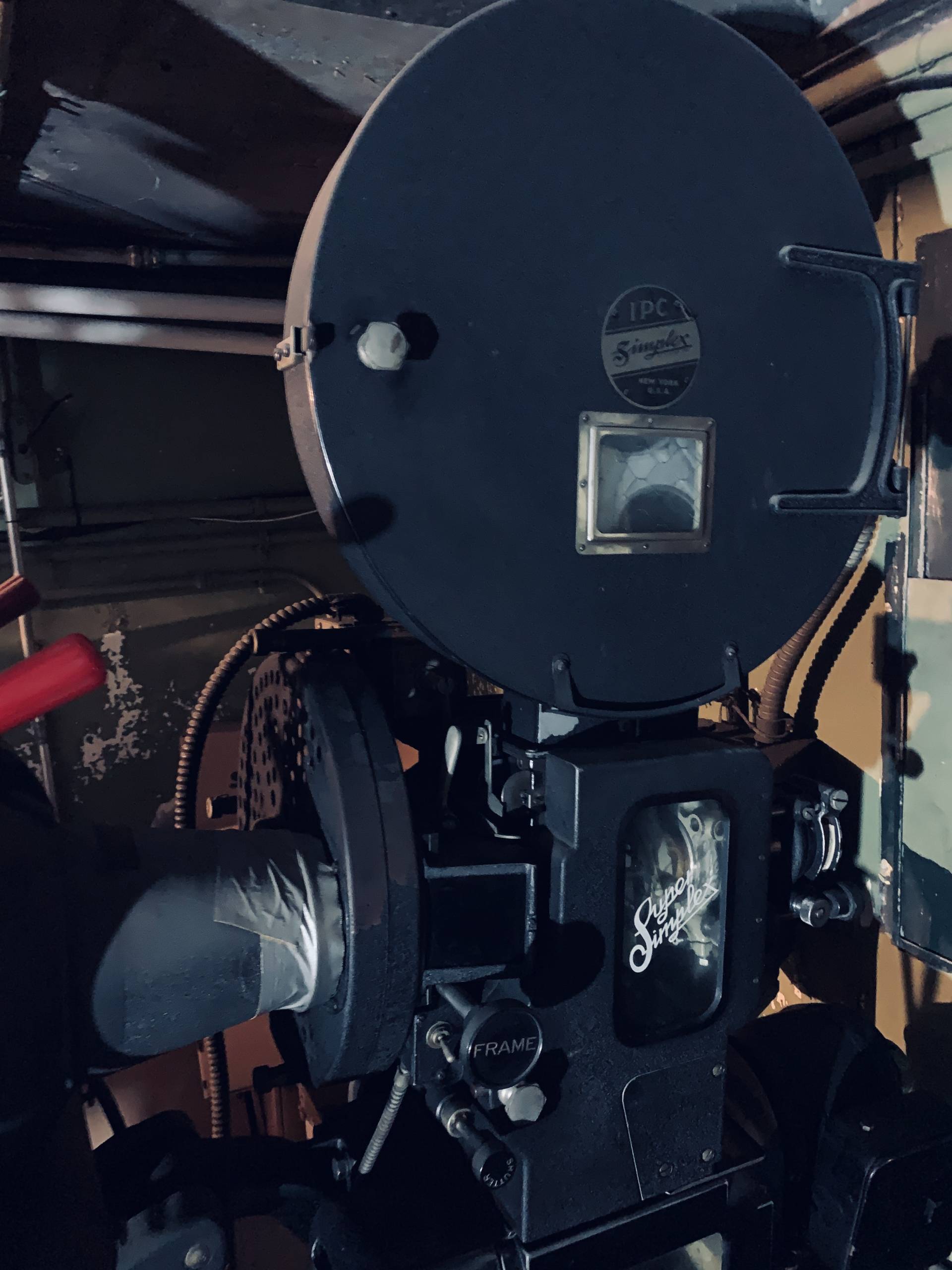 When the theatre is empty is usually when things are happening behind the scenes.
It takes a lot to keep a theatre running.  There are mundane things to do, but most of what happens in the theatre, even in its quietest moments, all that happens at the theatre is for you.

Our patrons. Our youth. Our community.
We are always working on the next production.  We are always working on maintaining this theatre.  We are always hoping to also make improvements.  It feels unusual to be at a standstill.  We do not stand still.
As old as this theatre is, it has always been alive.
As this theatre has sat quiet for the past few weeks, it has been a time to really focus on what is inside this building.
We thought it might be fun to take some pictures to share of items or places you probably have never seen and don’t even know about! 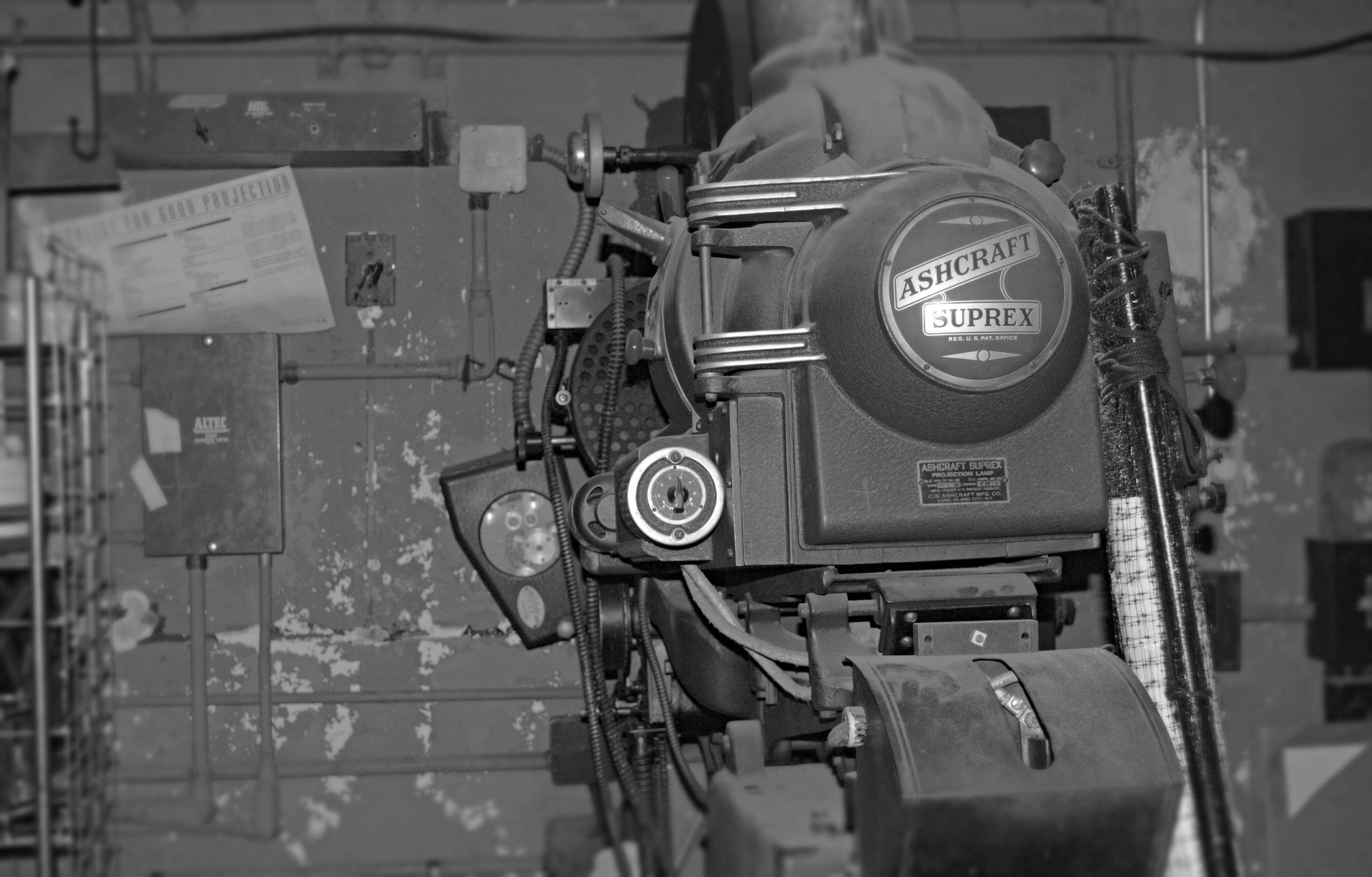 Perhaps my most favorite “secret” gems are the projectors tucked away in our Projection room.
Although this is a black and white photo, this picture was just taken this past week!

There are two projectors located in the projection room at the back of the theatre.
The projector is made up of two parts.
The lamp housing (this one is manufactured by Ashcraft) uses two carbon rods that are used to produce an ARC light similar to the light that you see when a welder is welding.
It has special glass that is the same as used by a welder to protect the eyes. 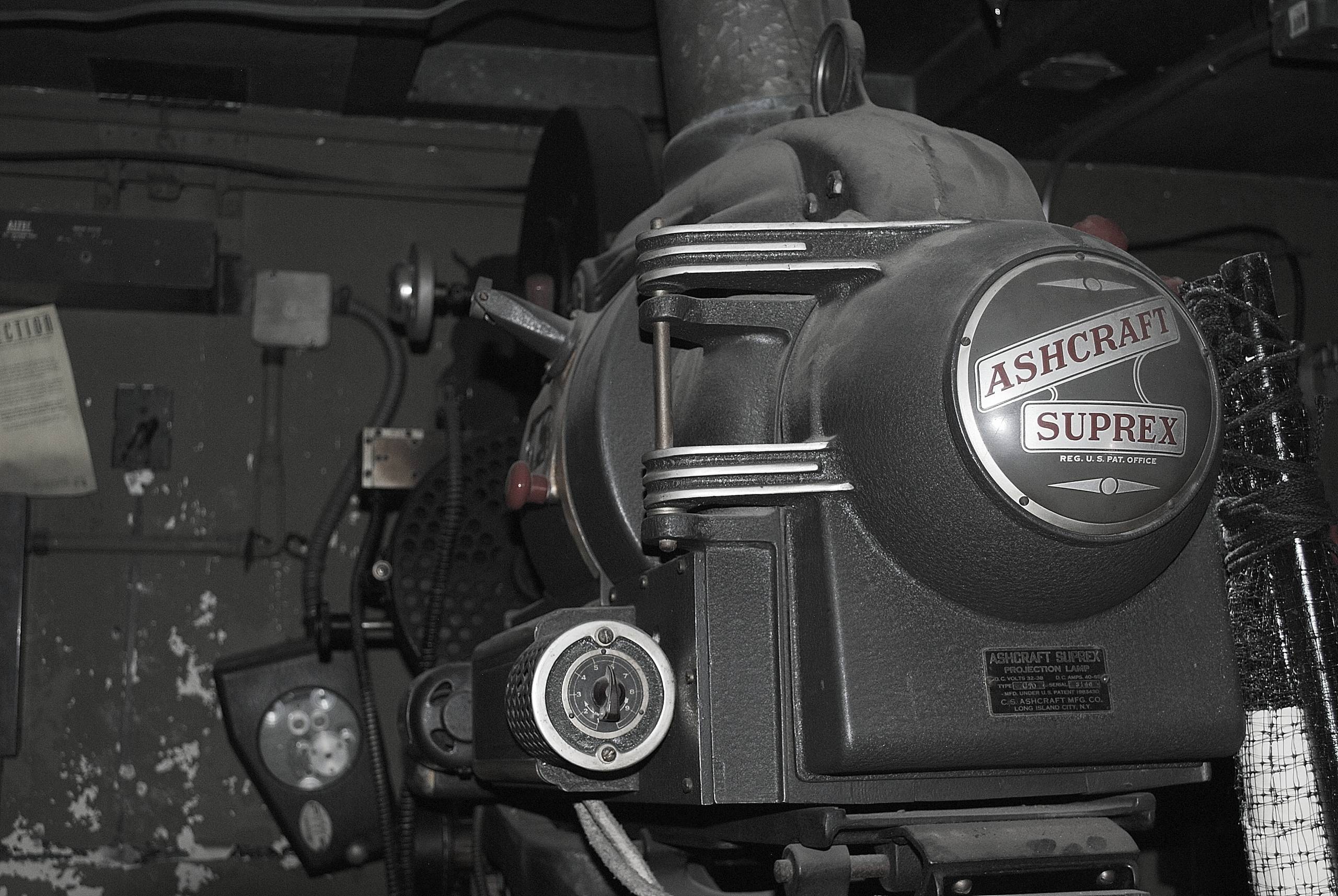 The second part is the projector that is used to display the film.  The full reel goes on top and the take up reel is in the bottom.
The film moves through the gate at 24 frames a second where the light comes from the lap houses and goes out the lens that focuses the image on the screen.  There is also a second part that contains the sound pickup that shines a small light called the exciter through the sound track that is on the edge of the film and is picked up and transferred to the sound system.

These were purchased in the late 1940’s and still sit in the theatre.  So many in the community have told me about afternoons they spent growing up at this theatre watching movies.

These are 80 year old treasures that we thought you should see.

Turning the ghost light back on,
We hope to see you soon.
top