hello from an empty theatre. YSTW 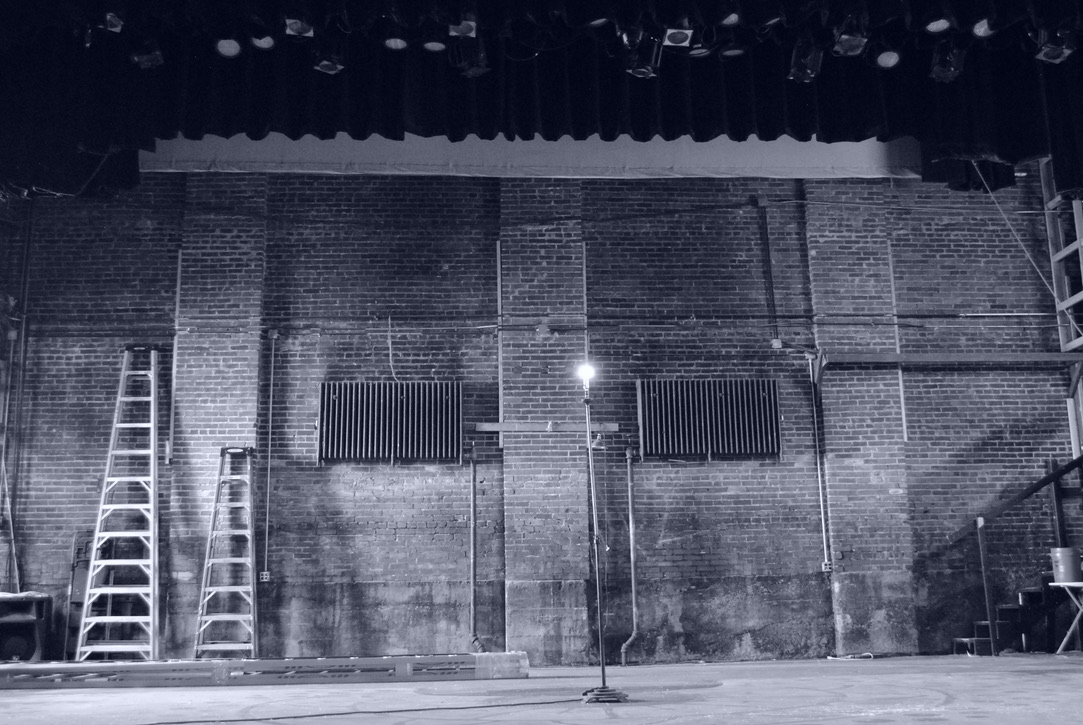 For the first time in 38 years this stage is going to sit empty for the summer.
38 years of Youth Summer Theatre Workshops.
Thirty-eight years of memories, new friendships, passion and creativity.

There are hundreds of stories from people of how they came to know the Apollo.
Like many, I found the Apollo because of the Youth Summer Theatre Workshop.
I had been living in Martinsburg for five years, and after moving here with our two small children and a lab puppy looking for more space, I wasn’t certain that Martinsburg was the place for me.
Though we had moved here to get out of the hustle and bustle of Northern Virginia,
there were things I was missing.  I didn’t feel like this is where I belonged.
I had these thoughts often on my mind and I thought maybe it was time to move on.
Ironically at this time was when my youngest daughter brought a flyer home.
She was in third grade and summer was about to begin.
She said she wanted to give theatre a try.

We signed up, and as they say, the rest is history.
That was 10 years ago.

I have spent my summer at the Apollo for the past ten years.
That first summer, my daughter and I walked in and took our seats for the parent meeting and were overwhelmed but excited for what the summer would bring.
I had no idea that that moment was one that would become so much a part of my life.
This was for her, but they asked for parents to help.  SO of course I would.
I started out by making her costume that summer and an identical larger costume for the girl who played the lead, Timone.
I had never made costumes before, but YouTube was just becoming a thing and I taught myself how.  I was shy, so I didn’t introduce myself to Michael that summer.  He was the guy who ran the theatre and seemed like magic.
I watched him and his keys jingle by me many times.
He made me smile. As did his mom, Miss Millie.
She’s a tiny lady full of grace and kindness.

I instantly felt drawn to this theatre. What they were doing was incredible.
What the theatre had in its history was incredible.
BUT what struck me the most was how accepting and encouraging every single person that was there that summer was.
The children were encouraging each other to shine as their best selves.

The adults treated the children like capable humans.  Anthony built amazing sets.  They acted like this was real because it was.  They wanted these summers to give the kids a true musical theatre experience.  Call me crazy, but they compared to NYC shows.
There were so many layers.
I had found my people.
In 2010, I had found where I belonged, and still I did not know how much it would affect my life.
We decided to stay in Martinsburg.

By the next summer, we were both looking forward to the YSTW.
I was less shy and offered to help more with the costumes.
And by the next summer, my daughter had so many friends that she looked forward to being with and I helped even more with costumes.
By my fourth summer, I was the costume mistress.
By then I had taught myself a lot.  Thinking back on it, I think in a way one of the things that I love so much about our theatre is that it offers a person a belief in themselves.

SO I decided to trust that.

In 2019 my oldest daughter, the one who found this theatre graduated from the YSTW.

Full circle. She graduated, and I stayed.
In these past ten years, her older brother spent a few summers, and my youngest daughter is following in her footsteps.
Every summer she plans to be here until she can’t.

I tell you all this because now, full circle, I couldn’t be more grateful to the YSTW for the value it added to her life.  I like to think that the Apollo had a big part in raising her and forming who she is.
I tell you this because of the value it has and is adding to all of my children’s lives.
AND, every summer they really do become all of my children.
Last summer, along with my daughter the very first kids that I met in 2010 graduated.
This summer was meant to be spent with all of my kids again.
But we have to do what is best.

By the way, I did at some point finally talk to Michael.
(Insert full laugh).
I thank him so much for trusting me and believing I could do this job.

Sending a virtual hug, and energy out to have this all end so that we can get back to showing kids (and their parents) how to believe in themselves again soon!

To my Apollo Kids and their parents,

1982 was a big year for me.  I got married to my lovely wife Karen in September and was part of a team that produced our first Youth Summer Theatre Workshop.  Steward Borger found a grant from the Aetna Insurance Company that funded our first workshops and show. Steward became the papa, founder and producer of the program.  Also on our committee was Joanne Seem Wadsworth and Cecelia Parker to name a few.  Jump ahead to 1994 and the board decided not to hold a workshop that year.  I knew how important the workshop was to the youth that had attended in the past and for the current youth so I set out to find a person to produce and over see that program.  The person that agreed to help was Deb Pathoff.  This enabled us to continue the workshop now in its 38th year.  I would move heaven and earth to keep this program going.

So I had a teleconference meeting with the Apollo Board of Directors and after a very long discussion we decided that to protect your health that we would cancel this year’s 38th annual workshop.  Painful decision? Yes.  I will miss you guys along with Aubrey, Anthony and the rest of our production staff.  But I have an offer to the seniors and promise that you will have your final performance with the YSTW.  Anyone who has been part of the workshop in the past will be allowed to attend next year as their final year.

I have talked to Anthony and we might try to do an online workshop.  Stay tuned.  If we can put it together you will hear something through Aubrey.

And now a note for support to you and your parents.  Expenses still go on at the Apollo with insurance, electric, etc.  I have listed the expenses in Apollo Bills (PLAYBILL).  I know this is a difficult time financially.  But if any of you wish or are able to you can go to our ticketing site to make a donation or you can send it through the US Postal Service.  We predict that by the end of July we will be down around $18,000 to $20,000 due to loss revenue from that cancelation or postponement of 2 of our season shows, 2 Dance Company’s recitals and YSTW.

So to all of you I send you a virtual hug and to tell you to hang in there.  I love all of you just the way you are.  You are a unique individual and the world is a better place because you light up our lives.

Remember what “Annie” said from the Musical “Annie”, “THE SUN WILL COME OUT TOMORROW AND THAT IT IS ONLY A DAY AWAY”. 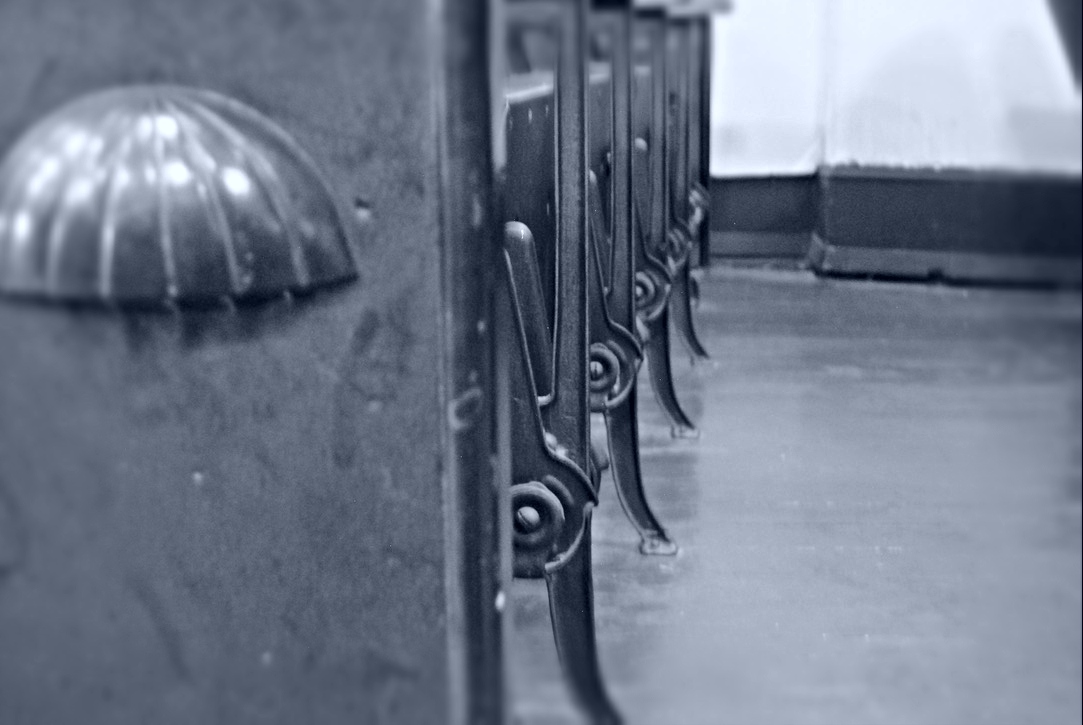